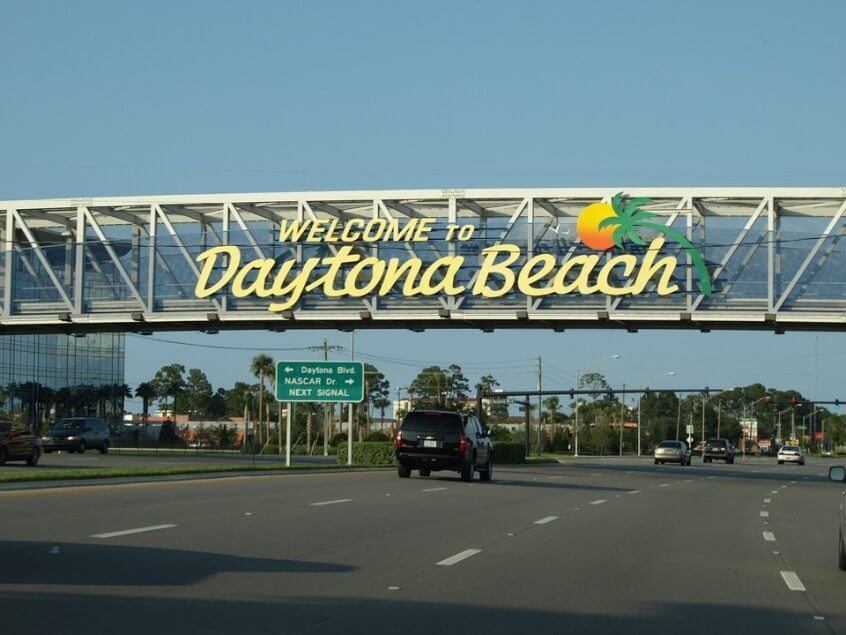 The History of Daytona Beach

Daytona Beach was once inhabited by Timucuan Indians who became extinct during the 18th Century due to disease and war. Seminole Indians occupied the area now known as Daytona Beach until the 2nd Seminole War. “The Kings Road” passed through present day Daytona Beach during British rule from 1763 through 1783. Spain regained Florida after the American Revolution. Then, in 1804, the Spanish Crown granted a man named Samuel Williams 3,000 acres, which encompassed the area that would one day become Daytona Beach. Williams built a slave plantation that was burned down by the Seminoles during the 2nd Seminole War. In 1871, Mathias Day, Jr. of Mansfield, Ohio, purchased a 2,144.50 acre tract of land from the former Williams plantation. Although Day fell on hard times and lost the land, residents decided to name the area Daytona and incorporated the town in 1876.

The wide, smooth, compacted beach attracted auto and cycle racers beginning in 1902. Land speed record attempts began in 1904 when William Vanderbuilt set a record of over 92 mph. By the 1920s, Daytona was dubbed “The World’s Most Famous Beach.” Areas referred to as Daytona, Daytona Beach, Kingston and Seabreeze merged into Daytona Beach in 1926. Malcolm Campbell, one of the land speed racers who visited repeatedly, set a record of over 276 mph at the end of Daytona’s land racing days in 1935. Vehicles are still permitted on most beach areas to this day, but at a maximum speed of 10 mph.